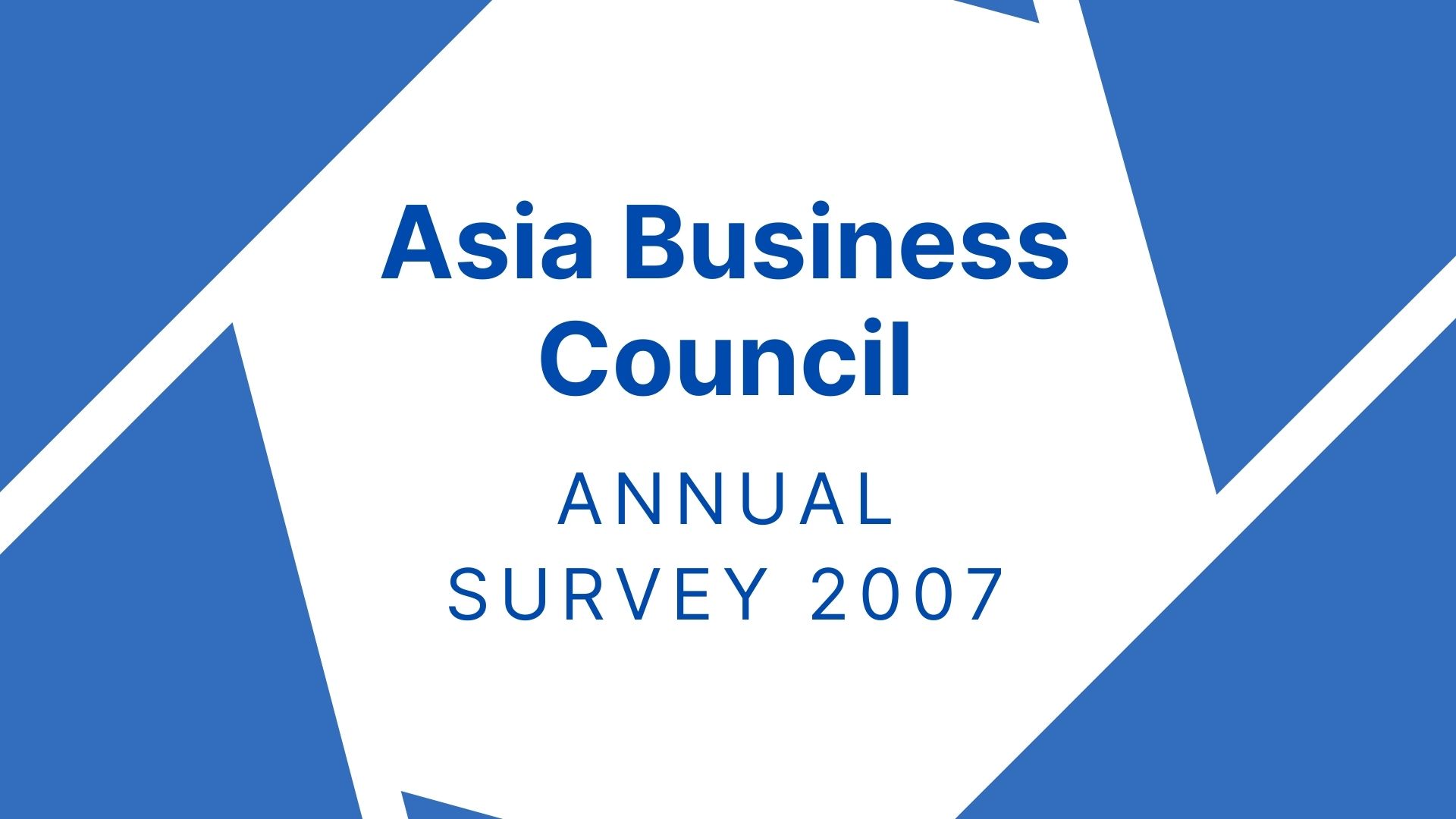 The Council’s second annual survey, conducted in September- October 2007, found increasing (and, as it turned out, well-founded) concern among members about the global economy. Other issues of concern were of a long-term nature. These included:

For the full report, please click on the link below: