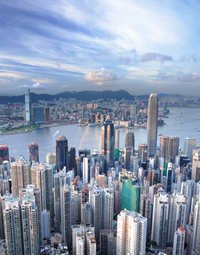 Economic Transformation of the Greater Pearl River Delta: Moving Up the Value Chain

The Greater Pearl River Delta (PRD) region has succeeded in the past as the world’s factory. With about 100 million people, Guangdong province would rank as one of the world’s larger countries, with a population about the same as the Philippines and larger than Germany or Vietnam. The PRD region, where about half of the province’s residents live, has a population comparable to that of South Korea.

The region is now becoming a leader for broader changes in the nation, by transforming into a more sophisticated, innovative, and sustainable economy. China’s current Five-Year Plan will give a powerful push to change. Industries are being modernized and expanded. The area’s heavy industry will enjoy a big boost while low-wage, labor-intensive industries are being encouraged to move inland. Heavy spending on infrastructure and transportation will support an increasingly urbanized population. Energy efficiency initiatives are designed to see that improved quality of life will accompany greater affluence.

Hong Kong plays a key role. It is part of what the Chinese government has coined the Greater PRD region, and at the same time serves a national purpose as China’s international financial center. Moves to liberalize the renminbi (RMB) will benefit Hong Kong’s financial sector, though few people expect full currency liberalization—which would include a free-floating, fully convertible RMB—within the next decade.

As a result of policy changes and large-scale investments, opportunities for businesses to set up more sophisticated operations in the region and also sell to PRD customers will expand.

For the full report, please click on the link below: