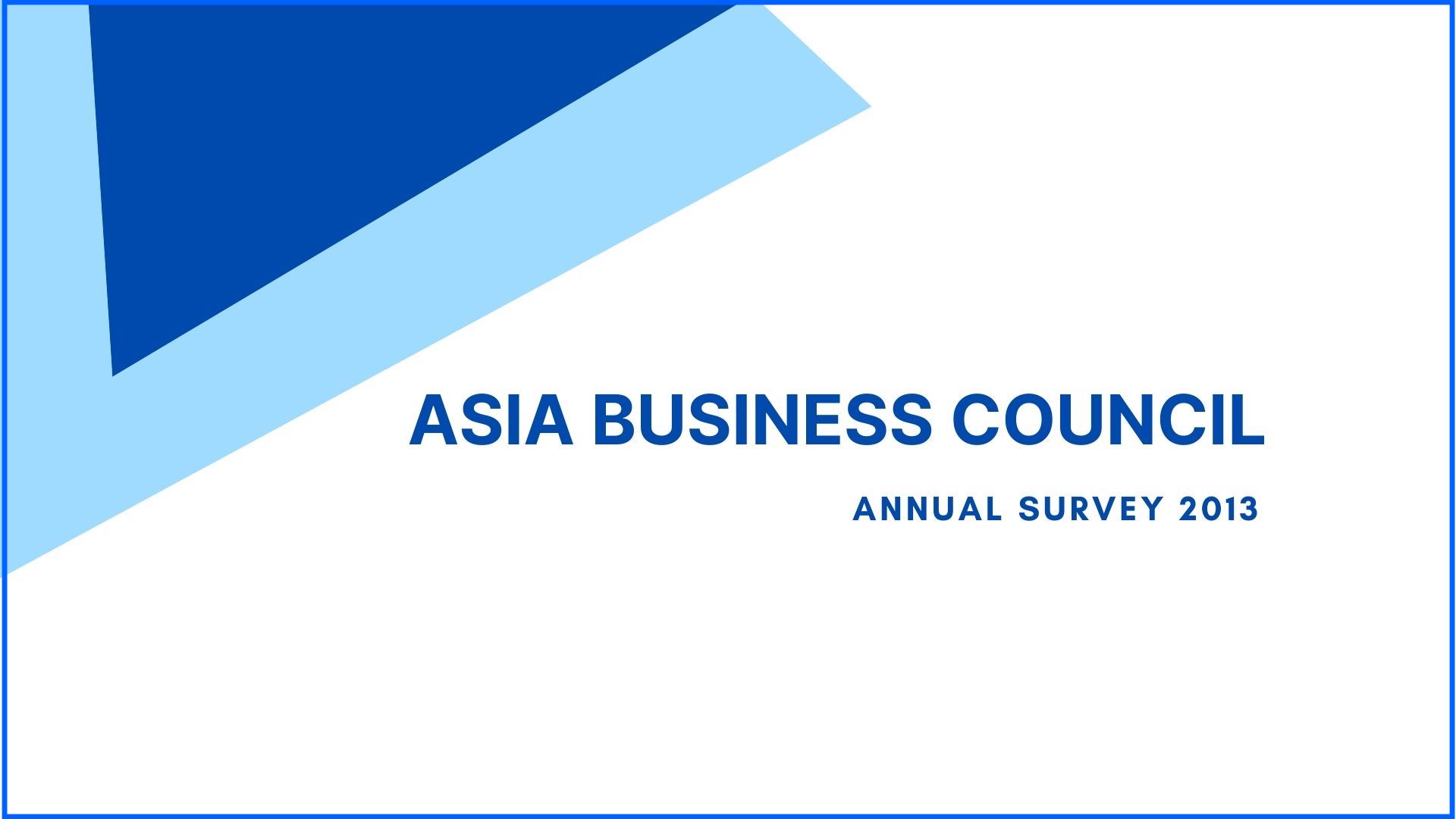 The Asia Business Council conducted its eighth annual survey of members asking about their economic outlook and investment plans. This year, members were more upbeat than in 2012, although optimism was tempered by concerns of a Chinese slowdown. Japan was mentioned as a positive element, where Abenomics loose monetary and fiscal policy coupled with structural reform has spurred hopes of sustained growth. The survey also found a rising concern about geopolitical issues and continued concern about attracting and retaining talented employees.

For an executive summary of the survey results, please click on the link below: