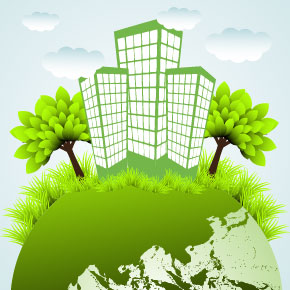 The Association of Southeast Asian Nations (ASEAN) continues its rapid pace of urbanization and industrialization, making it a bright spot in the global economy. ASEAN’s growth relies on increasing amounts of electricity, and coal is an easy choice because it is cheap, abundant, and reliable. Unlike renewables, coal doesn’t need the sun to shine, the wind to blow, or rivers to flow.

However, the region is also on the front lines of climate change effects, thanks in part to the large and increasing urban populations living in coastal areas. The negative consequences of climate change will not only cause economic losses, but 40% of the Mekong River Delta, which affects Vietnam, Thailand, Laos, and Cambodia and is responsible for one-fifth of the world’s rice exports and the majority of Vietnam’s rice, fruit, and fish produce, will be wiped out by 2100 if sea level rises by current projections.

ASEAN citizens are increasingly aware of the impact of fossil-fuel induced environmental pollution, with citizen activism rising in response. The region has experienced premature deaths due to coal emissions. Almost half the Mekong River Delta population does not have access to fresh water due to industry and climate change-driven saltwater intrusion, while those that do are increasingly at risk of losing it. Vietnam and the Philippines have had prominent examples of citizen-led movements in response to environmental pollution.

Even if ASEAN continues investing in coal power, financing is dwindling as banks and institutional investors face pressures to move away from carbon-heavy lending. Multilateral banks have also stepped in to help catalyze green financing and encourage private-sector lending to low-carbon projects. At the same time, renewable energy options are becoming increasingly affordable while smart grids and energy storage technology are evolving, opening up new possibilities for a carbon-free electricity future in ASEAN.

Following the COP21 Paris climate agreement, ASEAN will remain at odds with the COP21 pledge to effectively decarbonize by mid-century if countries follow through with their plans to build more coal-fired electricity plants. Countries face a strategic dilemma between continuing to have access to cheap and easily available electricity for industries and households, and investing in a cleaner and more sustainable growth path and a healthier environment for their populations.

This briefing discusses the choice ASEAN will have to make for a more sustainable future. For the full briefing, please click on the link below: