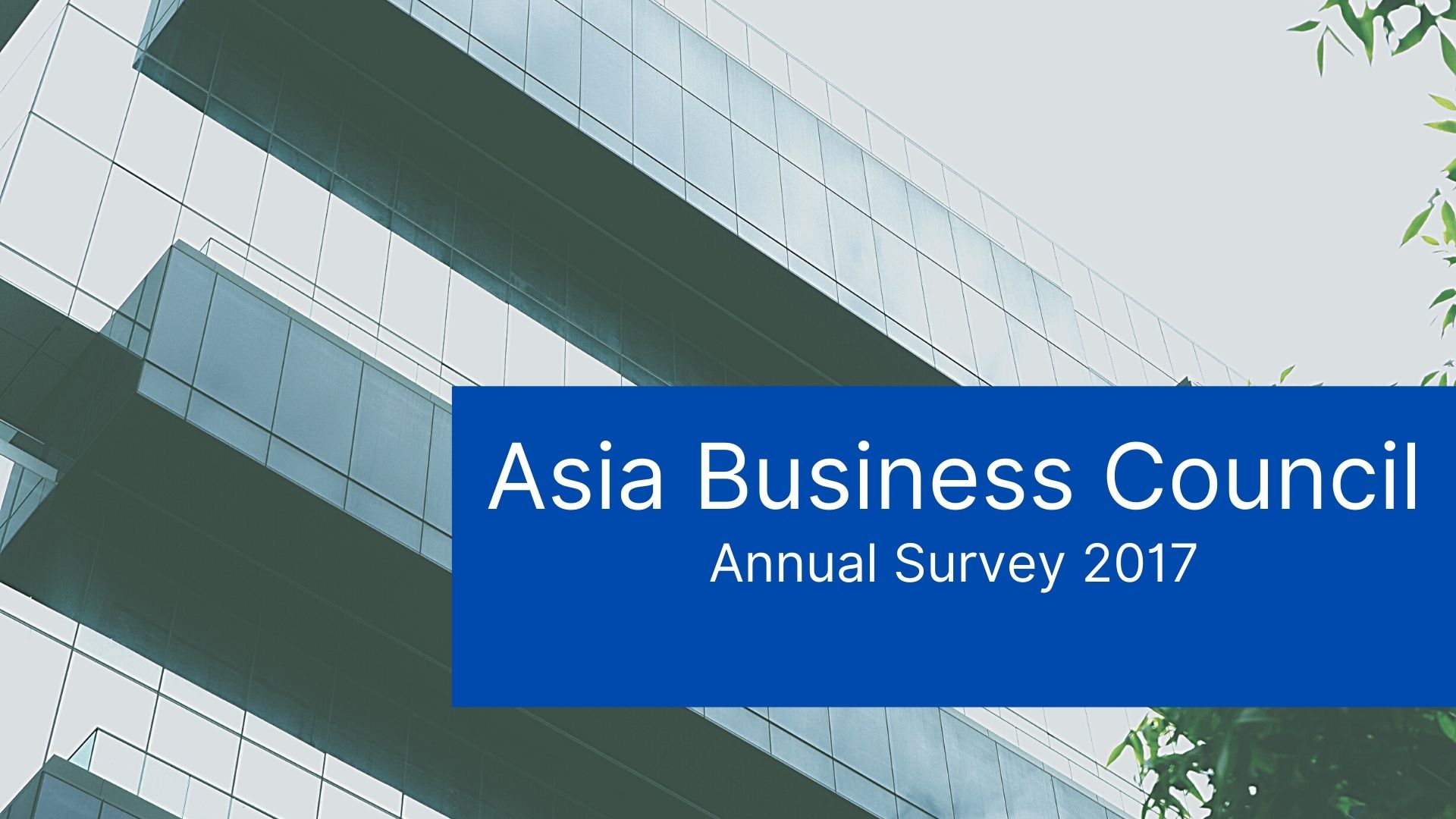 The Asia Business Council’s twelfth annual survey of members was conducted in July 2017. With an overall response rate of 85%, the majority of members (55%) are expecting business conditions to remain about the same in the next 12 months.

For an executive summary of the survey results, please download the report.