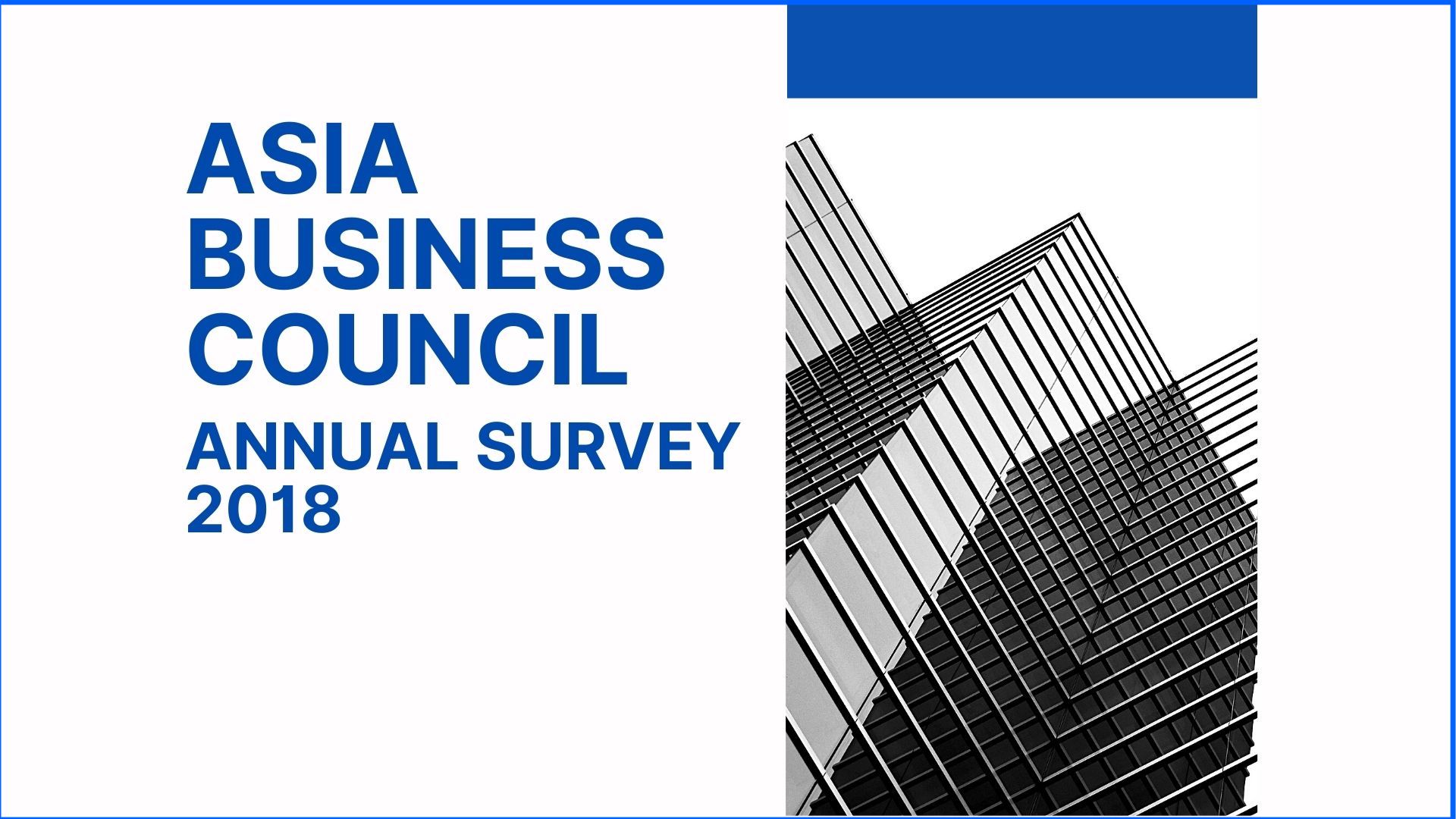 The Asia Business Council annual survey of members was conducted in July 2018 and yielded a response rate of 81%. Collectively, respondents indicated the lowest optimism and highest pessimism in their outlook for the year ahead since 2008. Heightened threats of an escalating U.S.-China trade war is by far the most common concern cited by respondents, as well as currency pressures, weak U.S. leadership, and growth slowdown or uncertain growth prospects of major economies in Asia including China, Korea, Japan, and Taiwan, as the trade conflict disrupts global supply chains.

Technological issues, which the respondents were asked about for the first time in the annual survey, topped the list of concerns in terms of macro issues. The trends of automation, artificial intelligence, and robotics, and their effects on workforces, are seen as key concerns, as is the growing power of technology giants in the U.S. and China. Overall, digital transformation was seen both as a significant challenge and opportunity for businesses in Asia.

For an executive summary of the survey results, please download the report.