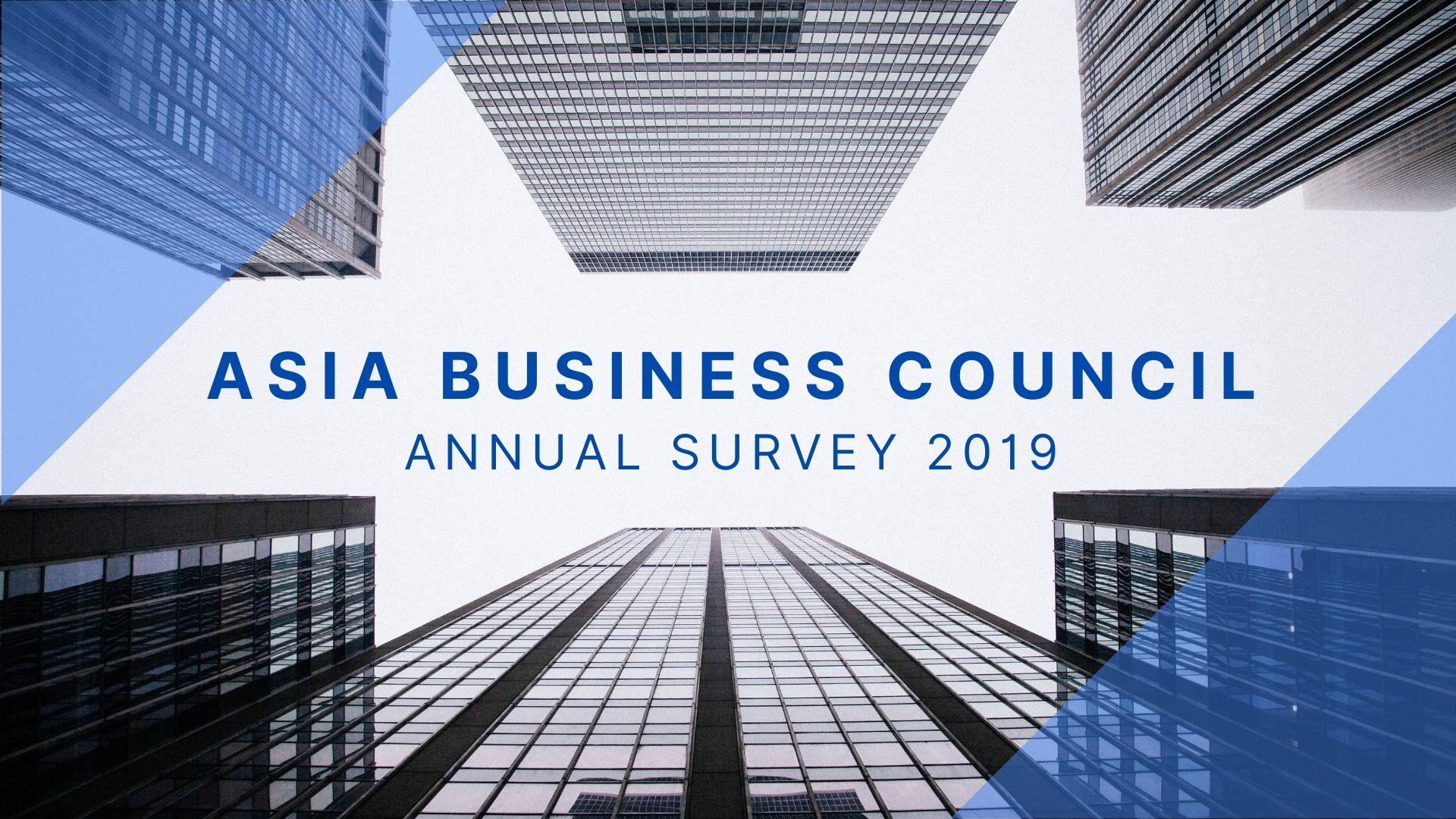 The Asia Business Council annual survey of members found business optimism for the year ahead has plunged to the lowest level since the global financial crisis in 2008. The overwhelming reason cited was the U.S.-China trade conflict. Other reasons included concerns about a trade war-induced recession, Japan-South Korea trade disputes, and the impact of Persian Gulf tensions on oil prices. The survey was conducted in July 2019 and yielded a response rate of 76%.

Technology tied with geopolitics as primary topics of concern for members who responded. Digitization, seeking talent, and keeping pace with technological innovation are cited as challenges for business, as are threats ranging from weaponization of trade policies to the spillover of geopolitics into technology, such as the bifurcation of technology systems.

For an executive summary of the survey results, please click on the link below.