Lim Boon Heng was appointed Chairman of Temasek Holdings on August 1, 2013, after having served as its Director since 2012.

Mr. Lim is Chairman of National Trades Union Congress Enterprise Co-operative Ltd. He served as Deputy Chairman of the Singapore Labor Foundation from 1997 to 2019. He was previously a Cabinet Minister within the Prime Minister’s Office. Mr. Lim’s career spans the private and public sectors. He led Singapore’s National Trade Union Congress, served as a Member of Parliament from 1980 to 2011, and was Cabinet Minister for Trade and Industry. Before entering the public sector, Mr. Lim spent a decade at Neptune Orient Lines.

Mr. Lim holds a Bachelor of Science (Honors) degree in naval architecture from the University of Newcastle-upon-Tyne, U.K.

Daniel M. Tsai is Chairman of Fubon Group. Originating in 1961 with the founding of Fubon Insurance, Fubon Group now offers the most comprehensive financial services in Taiwan and is also involved in telecom, cable TV, e-commerce, property development, and content businesses. 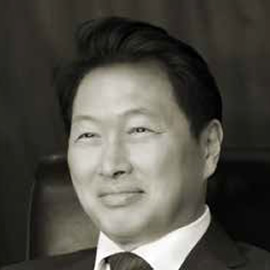 Chey Tae-Won serves as the Chairman of SK Group. He oversees the 101 companies—primarily focused on the energy, chemical, telecommunications, semiconductors, trading, and service industries—that as of 2018 comprised SK Group. He began his career in 1991as Managing Director at Yukong Ltd., now known as SK Innovation, and was appointed Chairman and CEO of SK Group in 1998.

Mr. Chey continues to expand the group, which had combined sales of $120 billion in 2019, beyond the Asia-Pacific region. SK was ranked 73rd in the Fortune Global 500 list of the world’s largest enterprises in 2019. Mr. Chey is an active member of numerous business and civic organizations, including the Council of Advisors at the Boao Forum for Asia. He holds a B.A. in physics from Korea University and a Ph.D.in economics from the University of Chicago. 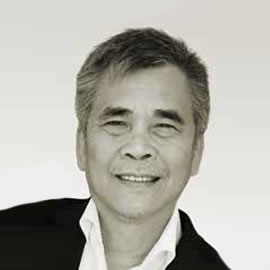 DatVietVAC’s media and entertainment business has three pillars. The first pillar is content provision, which creates, acquires, and distributes international and Vietnamese content and manages Vietnam’s largest portfolio of celebrities, influencers, and creators. It is estimated that each Vietnamese watches its content at least once a day. The second pillar is media platform ownership, which includes a network of nationwide TV channels and out-of-home properties. The third pillar is communication services, which connects brands with audiences through  creative initiatives, brand strategy, strategic media, and planning and digital marketing services.

DatVietVAC’s digital ventures business is also making its mark in Vietnam with the recent launch of its own video streaming platform, VieON. A collaboration with BCG Digital Ventures, VieON became the most downloaded app in Vietnam within a week of its launch. The digital ventures business also offers an online entertainment platform, AI and big data services, and various marketplaces.

DatVietVAC has been consistently recognized as a market and community leader. It was named one of the top 25 global growth companies by the World Economic Forum and was listed in the Best Companies to Work for in Asia 2020. 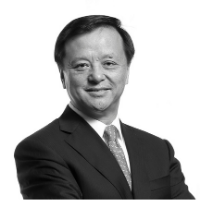 Mr. Li retired from Hong Kong Exchanges and Clearing (HKEX) at the start of 2021 after serving as ChiefExecutive for more than 10 years.

During his tenure at HKEX, Mr. Li orchestrated some of the most significant strategic initiatives in HKEX’s history, including the 2012 acquisition of the London Metal Exchange, which provided HKEX with its first commodities contracts, and the launch of central counterparty OTC Clear in 2013.

He also helped cement Hong Kong’s role as a conduit for the outside world to invest in China with thelaunch in 2014 of the Stock Connect trading link between the Hong Kong and Shanghai stock exchanges. This created a new opening for international investors to gain exposure to China’s domestic market. It was followed by a similar link with the Shenzhen stock exchange, as well as a bondmarket equivalent.

Prior to HKEX, Mr. Li served as chairman for J.P. Morgan China and was responsible for all of J.P. Morgan’s businesses in China. From 1994 to 2003, he worked at Merrill Lynch China, where heserved as president from 1999 to 2003. Prior to this, he practiced law in New York with Davis Polk & Wardwelland Brown & Wood.

Mr. Li was born in Beijing and was an offshore oil worker in the North China Sea and then an editor-reporter for China Daily before leaving China for further study. 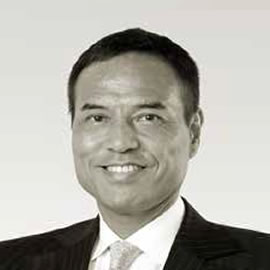 Tak Niinami is the Chief Executive Officer of Suntory Holdings, one of the world’s leading consumer products companies with operations throughout the Americas, Europe, Asia, and Oceania.

Prior to joining Suntory in 2014, Mr. Niinami served as CEO of Lawson, Inc., which he grew into one of Asia’s major convenience store operators, posting profit growth for 12 consecutive years and quadrupling its market capitalization during his tenure.

Outside of Suntory, Mr. Niinami is a member of the Council on Social Security Reform for All Generations. and the Council on Economic and Fiscal Policy, where he has served as senior economic advisor to the prime minister since 2014. He is also Vice Chair of the Board of Councilors of Keidanren (Japan Business Federation)  and Vice Chairman of the Japan Association of Corporate Executives. Mr. Niinami is a member of the International Chamber of Commerce’s Executive Board, the World Economic Forum’s International Business Council, the Global Board of Advisors of the Council on Foreign Relations, and The Business Council in the United States.

Mr. Niinami received the Global Leadership Award from the Committee for Economic Development in 2016. He received his M.B.A. from Harvard Business School. 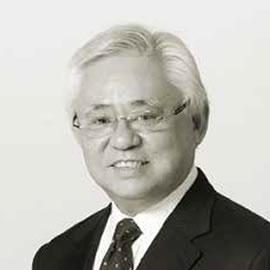 A native of Yangon, Myanmar, Serge Pun spent his formative years in China during the Great Cultural Revolution and arrived in Hong Kong at the age of 21. He started out his career as a salesman at a Hong Kong-based real estate firm where he worked for ten years. In 1983, Mr. Pun founded Serge Pun & Associates, Ltd. in Hong Kong and returned to the country of his birth to establish SPA Myanmar in 1991.

In 1992, he founded one of the first public companies in Myanmar, First Myanmar Investment, which later became the first listed company on the new Yangon Stock Exchange in March 2016. He led two other companies to successful listings on the Singapore Exchange – Yoma Strategic Holdings on the Main Board in 2006 and Memories Group on the Catalist Board in January 2018. 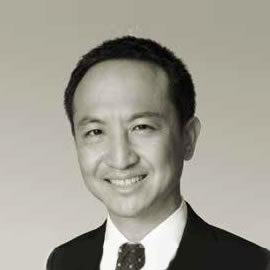 As a co-founder and Executive Chairman of Triputra Agro Persada Group, he oversees over 250,000 hectares of palm oil, rubber, and corn plantations with 50,000 employees and 40,000 smallholder partners.

Mr. Rachmat is Chairman of the Global Agribusiness Alliance and Endeavor Indonesia and sits on the Board of Trustees of Singapore Management University.  He is also a Board Member of The Nature Conservancy, the Center for Strategic and International studies, Prasetiya Mulya, Junior Achievement, the Indonesian Palm Oil Association, and the Partnership for Indonesia’s Sustainable Agriculture. He is head of agroforestry at the Indonesia Chamber of Commerce and Industry and the Indonesia Business Association. 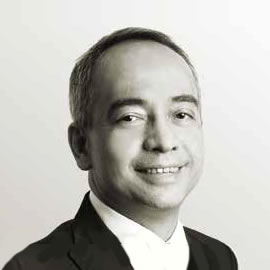 Nazir Razak is currently Chairman of ASEAN private equity firm Ikhlas Capital. He retired as Chairman of CIMB in October 2018 after a 29-year career with the ASEAN banking group.

Dato’ Sri Nazir served CIMB in various capacities before becoming Group CEO in 1999 and then Chairman in 2014.

He spearheaded the Group’s transformation from a mid-sized Malaysian merchant bank into the fifth-largest ASEAN universal bank. He was the youngest recipient of Finance Asia’s Lifetime Achievement Award in 2009 and was awarded Euromoney’s Outstanding Achievement Award in 2012. In 2015, he was the winner of the Asia House Asian Business Leaders Award.

A strong advocate of ASEAN economic integration, Dato’ Sri Nazir was the inaugural Chairman of the World Economic Forum’s ASEAN Regional Strategy Group. He also led the establishment of the ASEAN Business Club and the CIMB ASEAN Research Institute. He graduated from the University of Bristol in 1988 and obtained an M.Phil. from the University of Cambridge in 1989. In 2019 he was the inaugural Transformational Leadership fellow at Oxford University’s Blavatnik School of Government. 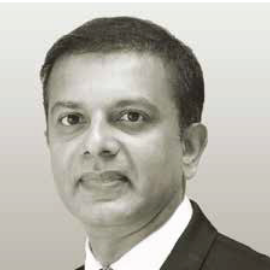 Satish Reddy is the Chairman of Dr. Reddy’s Laboratories. He joined in 1993 and since then has held positions of increasing responsibility in the company. Mr. Reddy led the organization’s transition from a pure-play manufacturer of active pharmaceutical ingredients (APIs) to a vertically integrated generics player. He also oversaw the international expansion of Dr. Reddy’s in Russia, China, and other emerging markets.

He is passionate about enabling access to affordable healthcare and drives Dr. Reddy’s corporate social responsibility initiatives in the areas of sustainable livelihoods, children’s rights and education, and agriculture. 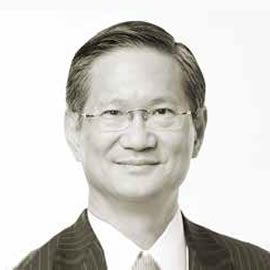 Bangkok Bank has a long-standing presence across Southeast Asia, as well as in China, Japan, Hong Kong, Taiwan, the United Kingdom, and the United States. Its international network includes more than 300 branches in 14 economies, the largest overseas network of any Thai bank.  Its major international subsidiaries include PermataBank, Indonesia’s twelfth largest bank by total assets serving 3.75 million customers in 62 cities across the archipelago and a pioneer in mobile banking and mobile payment technology in Southeast Asia’s largest economy. Bangkok Bank (China) has six branches providing coverage across the major regions of China, and Bangkok Bank Berhad has five branches across Malaysia. Teresita Sy-Coson is the Vice Chairperson of SM Investments Corp. (SMIC), a Philippine company invested in market- leading businesses in retail, banking, and property. SMIC also invests in ventures that draw upon high-growth opportunities in the Philippine economy.

Her expertise has helped advance the Group’s development in the retail business through its flagship The SM Store, SM Supermarket, and specialty concepts. Ms. Sy-Coson is the Chairperson of BDO Unibank, the Philippines’ largest bank measured by consolidated resources, assets under management, and capital. She is as an Advisor to the Board of Directors of SM Prime Holdings, Inc., an integrated property developer with wide-ranging interests in malls, residences, commercial buildings, leisure, and tourism.

Staying true to the legacy of its founder, Henry Sy, Sr., SM envisions building businesses that are catalysts for development in the communities it serves.

Ms. Sy-Coson serves as the Vice Chairperson of SM Foundation, Inc., which recognizes the transformative impact of contributions to education, healthcare, and agriculture, especially to underserved Filipinos. 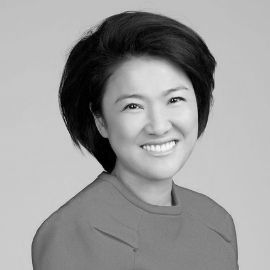 Born in Beijing in 1965, Xin moved to Hong Kong at age 14 and labored as a factory girl. At 19, Xin ventured to the UK where she earned a Bachelor’s degree in economics from the University of Sussex and a Master’s degree in development economics from Cambridge University. After graduating, she launched a career ininvestment banking with Goldman Sachs and Travelers Group.

Ms. Zhang serves as a Trustee of the Museum of Modern Art and the Asia Society. She is also a member of the World Economic Forum, Davos, the Council on Foreign Relations Global Board of Advisors, and the Harvard Global Advisory Council. Xin holds an honorary Doctor of Laws from the University of Sussex and has served as a visiting fellow at the Harvard Kennedy School. Ms. Zhang and husband Pan Shiyi are members of Bill Gates’s Breakthrough Energy Coalition that funds technology developments that will enable a zero-emissions energy future.

In 2005, Ms. Zhang and Mr. Pan established the SOHO China Foundation and in 2014 launched the SOHO China Scholarships, a $100 million initiative providing financial aid to Chinese students at leading international universities. Giﬅ agreements totaling $35 million have been signed with Harvard University, Yale University, and the University of Chicago.