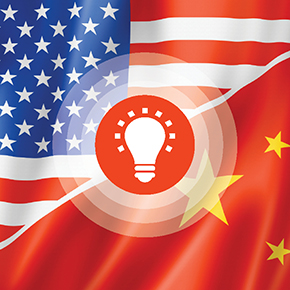 Driven by a proliferation of emerging, connected, and converging technologies, the economic future for China and the U.S will be one of immense change. Currently, a nation’s ability to innovate is closely linked to perception of national mastery, extending national hegemony into ecosystems of business infrastructure such as those created by large technology companies. Increasingly, the competitive advantage of nations rise and fall on their ability harness technological innovation as an engine for economic growth. Nowhere is this taking place more radically and profoundly than in China, where, through heavy investment in technology, China hopes to upgrade multiple industries and raise the standard of living for all. The current briefing examines three technology clusters: two in China and one in the U.S., tracing common success factors and highlighting challenges they must each overcome to generate high-quality growth.

The three clusters in focus are: the Greater Bay Area in China’s Pearl River Delta, Silicon Valley in the United States, and the Beijing-Tianjin-Hebei region, known as Jing-Jin-Ji. While Silicon Valley is an established technology hub, firmly rooted in a market-oriented economy, China’s Greater Bay Area centered around Shenzhen and Jing-Jin-Ji centered around Beijing are examples of technology clusters with Chinese characteristics emerging as Silicon Valley’s rivals. The briefing examines each cluster’s unique strengths and future potential.

The briefing is divided into three parts. Part I describes the history of each technology cluster’s emergence. Part II identifies common success factors for technology clusters and compares the three in terms of their approach to and performance on each factor. Part III analyzes key challenges each of the clusters must resolve in order to reach the next level, defined as a business environment which spawns successful companies and enhances societal welfare overall.

Subscribe to receive the latest news and research from the Asia Business Council.
Thank you!